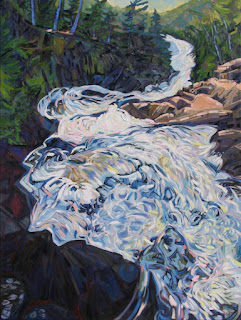 "Falling Down Ragged" Another visit to Ragged Falls on the Oxtongue River…This time I am looking down the water course at the tumble of white water molecules bouncing between the rocky bumpers like a billion balls in a giant pin ball machine... This is just one of the many paintings celebrating "water", the 2012 Art Exhibit Theme. I am looking forward to meeting my friends again in Algonquin. See you Saturday at km 20 of Highway 60 ...
Posted by The Art of Phil Chadwick at 11:26 AM No comments:

Meeting 1000 Islands Kayaking, 110 Kate St. Gananoque. Our plan is to wander the Admiralty cluster of islands along a historical paddling trial. Feature guest speaker will be Phil the Forecaster Chadwick... Phil will talk about the weather... climate ... and the birds and the bees.. among other things. The Forecaster is philling in for Doug Bickerton and will do his level best to entertain and amuse! 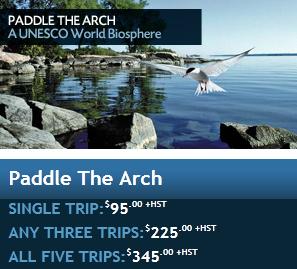 Posted by The Art of Phil Chadwick at 6:11 PM No comments: 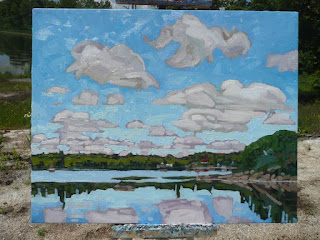 The cumulus clouds were developing early under the strong, late spring sun. It had rained hard overnight and there was moisture everywhere. The sun soon converted this liquid to water vapour and with convective lift, back into cloud droplets. The air mass remains unstable on the western flank of a late old cold low. There were bound to be a few scattered showers when these cumulus clouds developed into towers. There was nothing to worry about though - nothing severe!
This is getting to be a favourite view for a morning painting. The sun was on my back and both the easel and the scene were illuminated by the same light. The sounds of spring were still playing. I heard numerous barred owls, ruffed grouse and all the small birds I can hear but not identify.
Posted by The Art of Phil Chadwick at 2:14 PM No comments: 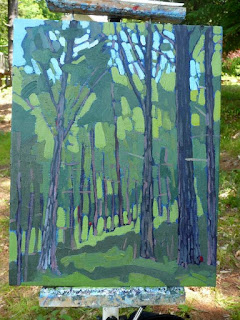 You know you are in a great location to paint when you just have to turn around to find a new subject. Thus I turned my back on the lake and painted trees instead. I wanted to challenge myself... This view is looking toward the east with the early afternoon sun on my right shoulder. Thank you to all of those who read this and follow my art.... I just strive to get better... and I have good days and not so good days. No day is bad :>)
Posted by The Art of Phil Chadwick at 6:23 PM No comments: