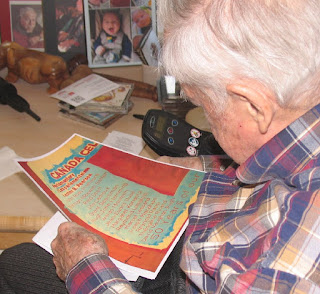 I enjoyed quite a long conversation with John Ross Matheson yesterday. For those of you who might not know about John, may I suggest this link on the Heritage Canada website  - The National Flag of Canada - for a brief background. 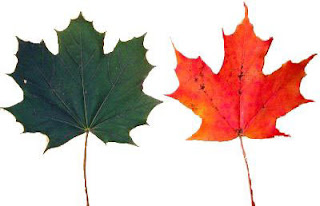 This painting was not going to be prone to any errors that I could prevent. I decided to flatten out the central portion of the flag in the "50 Years of Our Flag" painting and then I gridded the stylized sugar maple leaf of the Canadian flag precisely into place. I think it was worth the effort... The red colour is still not deep enough but I will get there with time and paint. I will keep updating the progress as I continue to work on this project. 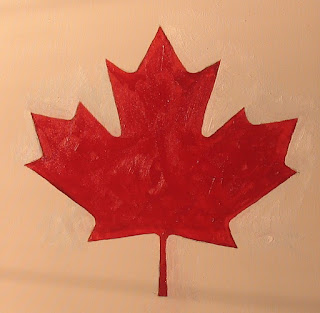 Posted by The Art of Phil Chadwick at 2:46 PM No comments:


Rumours that I have been abducted by aliens are greatly exaggerated. I have been to Mars and back but it was of my own free will. I have been very busy painting on the "50 Years of Our Flag" project. It is an exciting project and I am giving it all of my effort painting in the studio for very long but fun days. John Ross Matheson has approved the design and all I have to do is put it on a 4x6 foot canvas - way bigger than my easel can hold. The art is a small part of the bigger project. A coming website will reveal all. The image shows my attempts to be a laser printer in oil paint... I am a better weatherman than machine... The "Flag Committee" guided by John Ross Matheson accomplished the impossible back in 1965 with a unanimous vote... It is important to recognize these kinds of achievements! 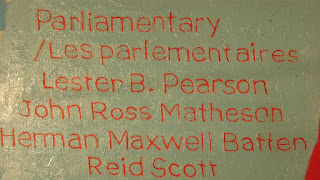 When the weather warms I will steal some time to paint outside the studio. Thank you for your patience!
Posted by The Art of Phil Chadwick at 6:55 PM No comments: 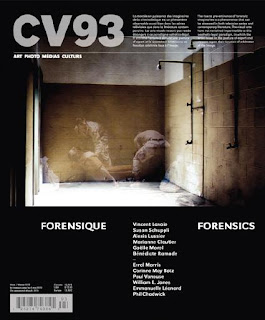 Issue 93 of the magazine Ciel variable presents a special section on the practice and challenges of forensics as perceived through the prism of visual arts. Since the 1990s, the notion of forensic evidence has deeply penetrated contemporary culture, as illustrated by the different iterations of the TV show CSI (Crime Scene Investigation) and by its appearance in the fields of literature and architecture, among others.
The six authors who wrote essays for this special section, edited by Vincent Lavoie, discuss image-­‐based works that adopt the scientific paradigm of legal evidence while questioning the regimes of truth supported by forensics. The subjects of these works are based in legal and ethical cases, and some of them take surprising detours: confrontation of images and oral testimony in the treatment of prisoners at Abu Ghraib (Susan Schuppli on Errol Morris); the capturing of details of dollhouse-­‐like dioramas that reconstruct crime scenes (Alexis Lussier on Corinne May Botz); decontextualization of judicial archives (Gaëlle Morel on Emmanuelle Léonard); performative re-­‐creation of DNA samples in the context of the O. J. Simpson trial (Marianne Cloutier on Paul Vanouse); police films of sexual activity in public restrooms (Vincent Lavoie sur William E. Jones); accounts of legal errors (Vincent Lavoie on Taryn Simon); and even a meteorological analysis of famous paintings by Tom Thomson, of the Group of Seven (Bénédicte Ramade on Phil Chadwick). The aesthetic-­‐legal posture thus adopted by some contemporary artists is that of expert, or even litigant, and the viewer is repositioned as arbitrator vis‐à‐vis the image.

Posted by The Art of Phil Chadwick at 8:14 PM 2 comments:

The sunrise on the altocumulus was brilliant. It is challenging to do justice to the colours in the sky. The stable warm frontal layer was a bountiful producer of gravity waves. There were a couple of different wind directions producing their own set of gravity waves perpendicular to their average wind direction through the cloud depth.
I put the year in the title of the painting because I intend to paint a lot of sunrises. I also brightened up my palette - maybe that is a New Year's Resolution. It was easy to see bright colours in the sunrise with the sun setting the clouds on fire.
Posted by The Art of Phil Chadwick at 2:24 PM 1 comment: