Face the Demons Head On…

In the early Grades of Public School I stuttered terribly. My older Brother was my interpreter because no one else could understand a single word that I tried to say. My Grade One teacher thought that I was the proverbial “village idiot”. I do not need to go into the details but my family supported me and their efforts still inspire me. I won the Grade One Silver Dollar for academics. The learning trend continued. I even went to school with Jill Matheson in Grade Seven and had no idea that I would be working with her Dad on the 50 Years of Our Flag Project. My stuttering stayed with me through university but it mattered less and less overtime. 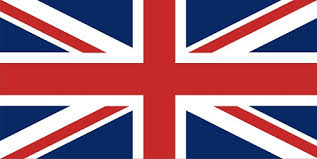 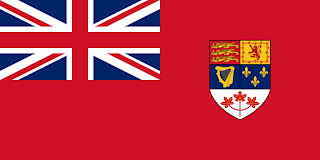 From early on I excelled at art and the subjects that I liked to draw the most aside from fire trucks, were the Canadian and British flags. This was pre-1965 and I had the flags memorized. I didn’t need the real flags to look at…  I knew them by heart. Who could have guessed that 50 some odd years later I would again be drawing the Canadian flag for this very special occasion in honour of John Ross Matheson. I certainly did not.
It would be nice to have some of those early drawings. They were certainly hung on the fridge for a while or sometimes included on the wall of honour in the classroom. It really is not that big of a step from coloured pencils and crayons to oil paint. The oil paint might be a lot more expensive but they are still just colours. I have some tubes of paint that cost more than $50 but you have to use the good stuff if you want it to last. It is only paint but you don’t want it all to be brown paint in 100 years. What would Great Great Great Uncle Austin Chadwick think if I “cheaped” out now? His 1860 poster featuring the Maple leaves still looks great.
Austin Chadwick, an Ontario Judge designed the Toronto Welcome Banner for the September 7th and 8th, 1860 visit of the Prince of Wales – Maple Leaves, Snow flakes and a Beaver branded with a large and very modern looking “Welcome”. What could be more Canadian? It is unknown how many of these exist but one is in Brockville! 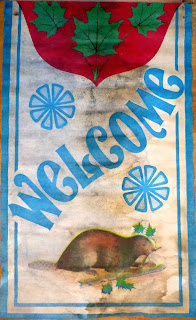 This was the first royal visit to what was then the Province of the United Canadas. A United Canada and Confederation was just a dream that wouldn’t happen until 1867. Edward Albert, the son of Queen Victoria was the Prince of Wales and the future King Edward VII. He toured Canada West in 1860 and Brockville was one of his stops.


The Maple Leaf in the banner was adopted as the national emblem of the Province of the United Canadas. In 1896 Austin’s nephew Edward M. Chadwick concluded that "it would certainly seem that the Maple Leaf ... is pre-eminently the proper badge to appear on our flag."
Back to the Demons … My heart goes out to those who have ever stuttered. I have been there and I know what it is like. How do I survive the large group presentations that come along now? Maybe you face your demons and find they are not that scary after all. Our parents and John Ross Matheson faced a lot of demons including a world war or two and rose above them all. As MP for Leeds and Grenville John Ross Matheson quietly and humbly did a lot of good for Brockville and Canada. It would appear that a long line of Chadwicks helped to lay the foundation for John’s work. It is an honour to play a small part in honouring John. Of course the goal is to encourage others to face down the demons and make Canada even better…
Posted by The Art of Phil Chadwick at 9:11 AM