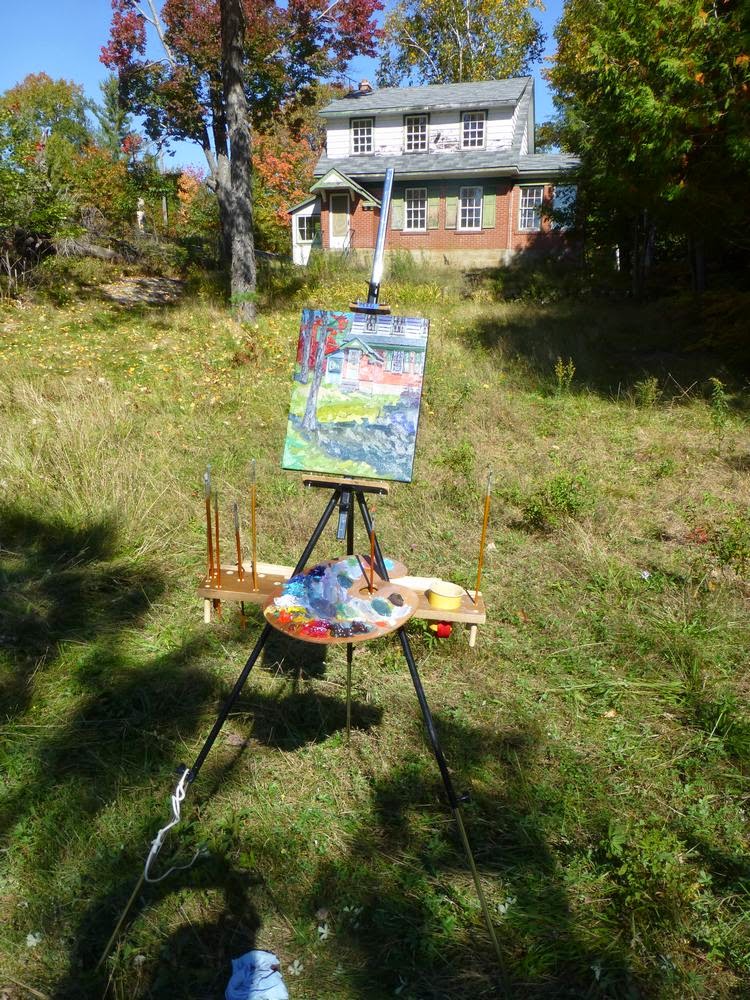 This has to be the home of someone important. The view would have been overlooking the turbulent pool beneath the first rapids of the outlet from Frood Lake. The two storey home had a basement and was made of the finest materials for the day. The exterior was red brick but I did not paint in all of the grout lines... I am not a mason. Without proper maintenance, the home was returning to nature. A downburst nearly pushed some tall trees down on its bones. Someone had chain-sawed the debris of the trees away. The roof still had better shingles than many homes that I have seen in the area. It would have been a great place to raise a family.
I was told later by a local resident that the downburst had been the Thursday August 2nd, 2006 event - the record outbreak that I had worked. Power was out at this home for eight days and the wife of the home was getting very irritable. They were on a different hydro service in Willisville and was only out of power for two days. 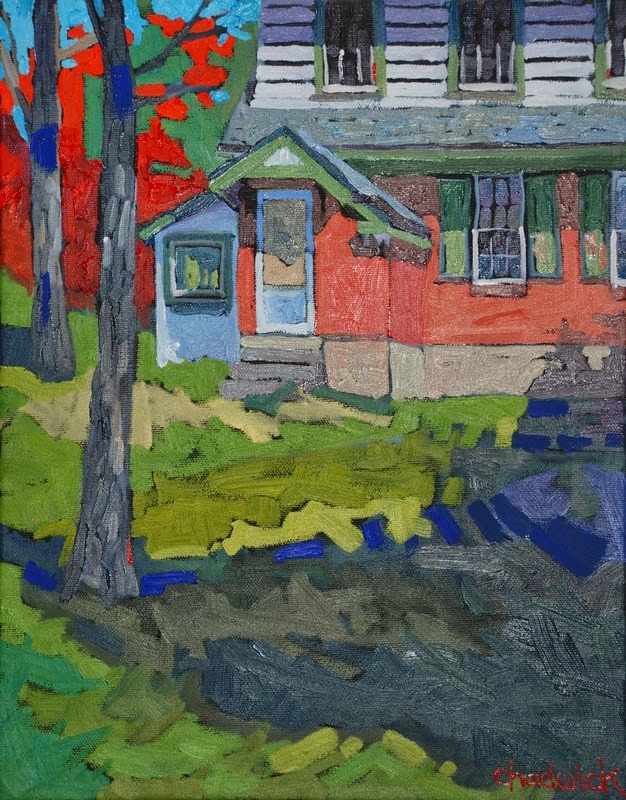 Posted by The Art of Phil Chadwick at 5:06 AM